All Collections
Ecom
Kelvin
Capture One Integration: How to use Next Capture Naming in Kelvin

Capture One Integration: How to use Next Capture Naming in Kelvin

Written by Bri H.
Updated over a week ago

This article is part of a series of articles on the Capture One Kelvin integration, to view our other Capture One integration articles, check out the links below:

Using the Capture One Integration with Next Capture Naming allows you to easily pull information from Gamma through to Capture One to help support consistent and accurate file naming as images are passed from Capture One into Kelvin. Let’s take a look at how to set this up: 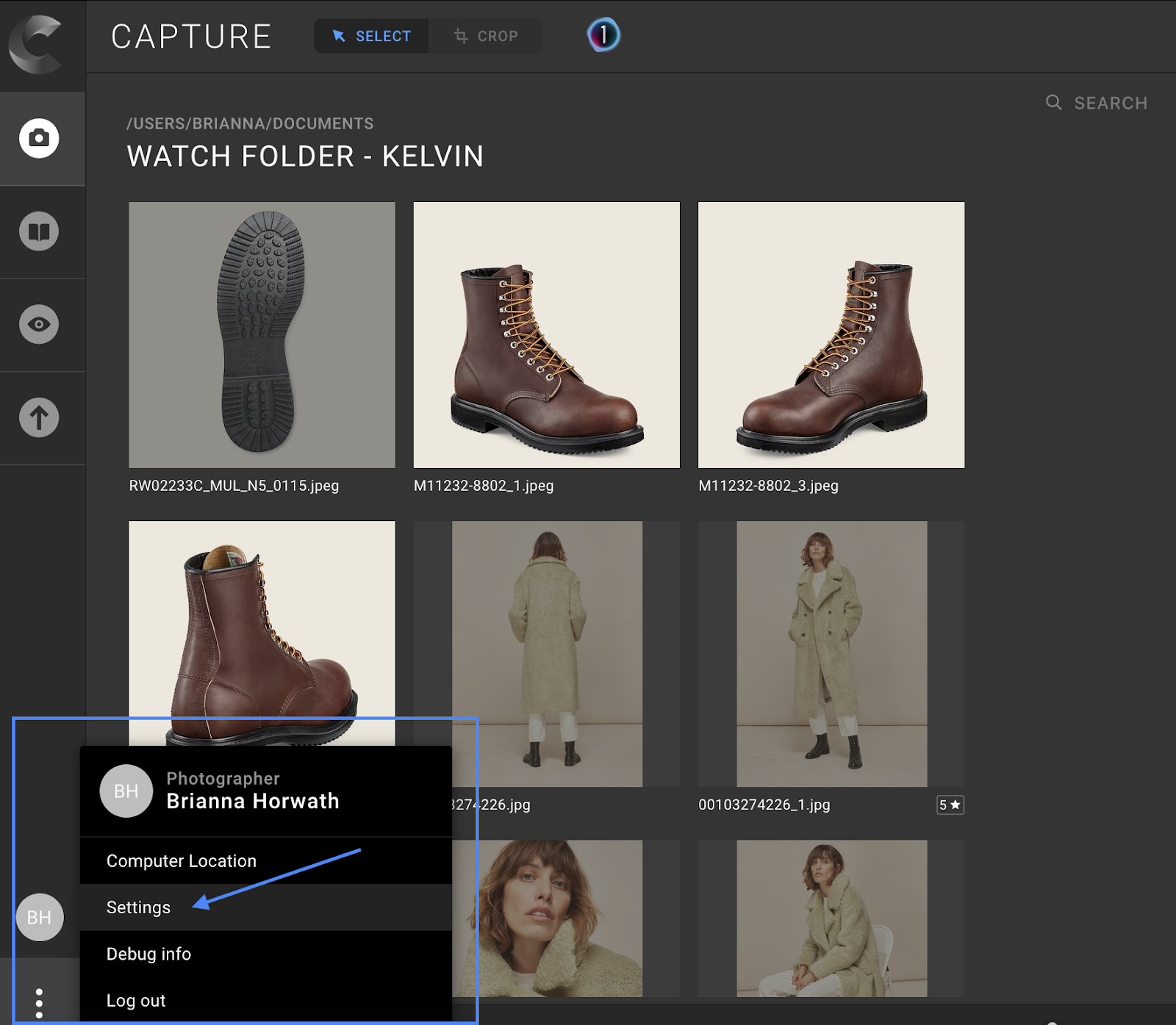 Once in the settings window under Capture One, you’ll want to first enable Next Capture Naming by switching the toggle to enabled. 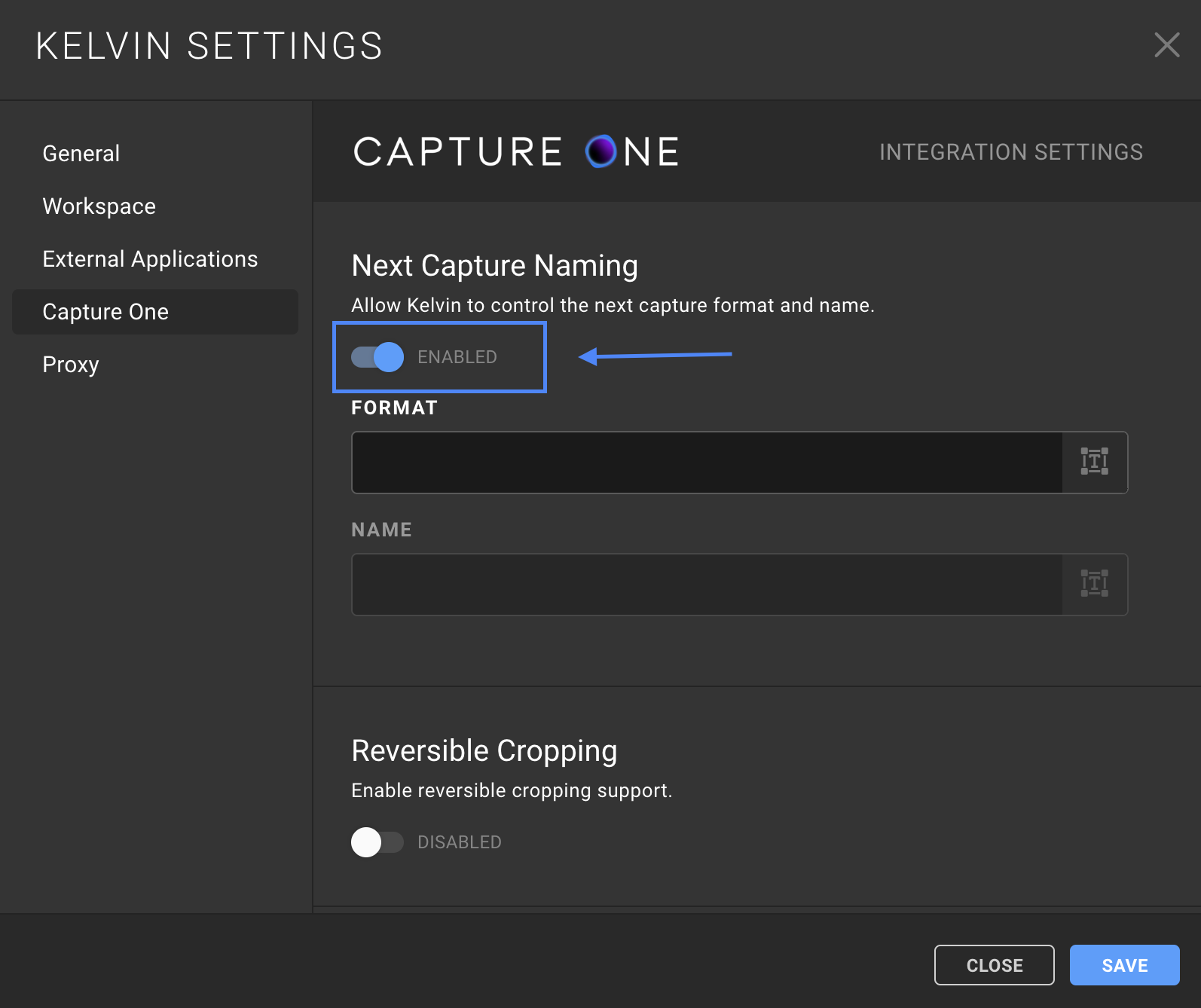 Selecting the merge fields icon on the right side of the format and name fields opens the window that will allow you to select the tokens that you will use to create your naming conventions. 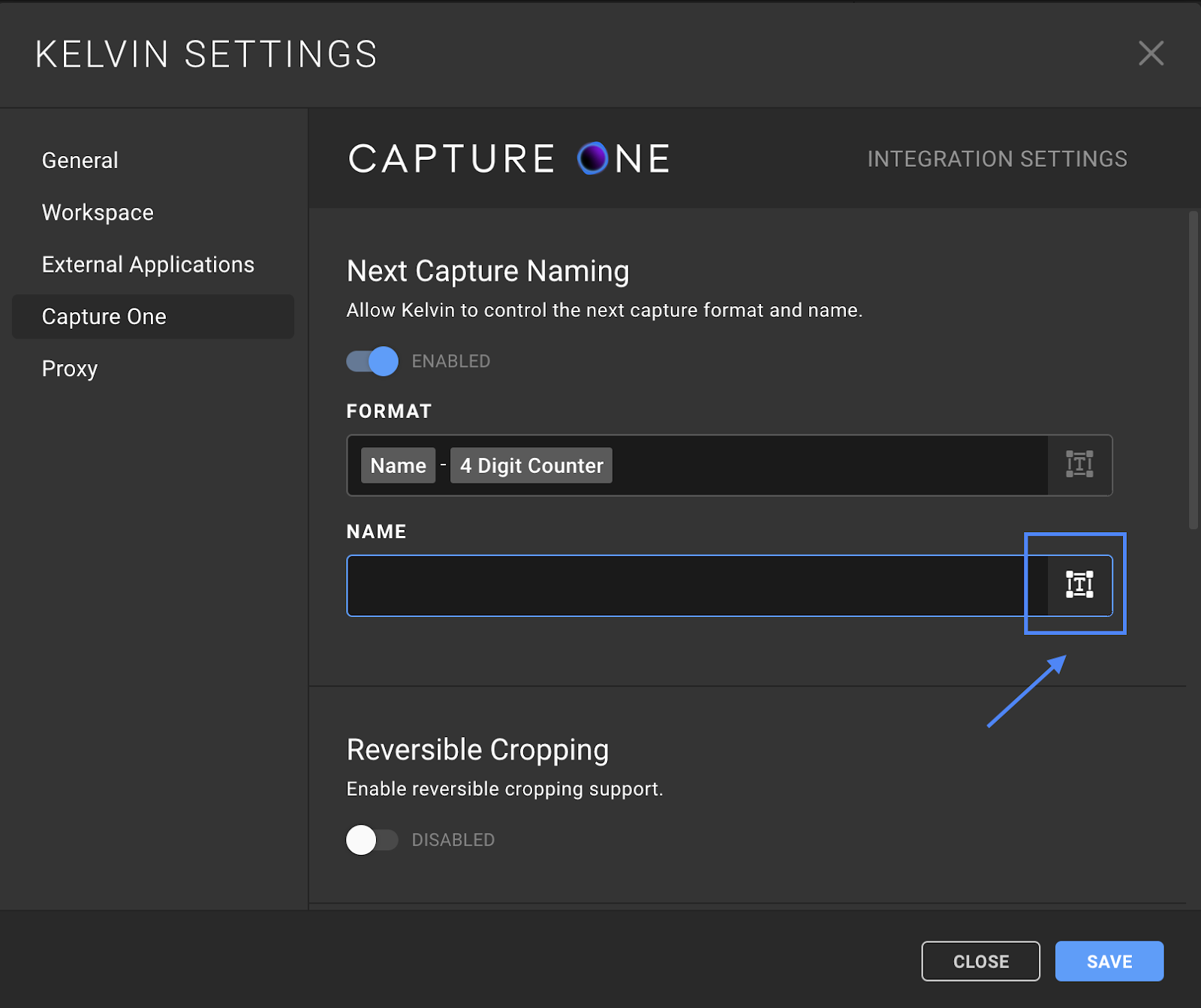 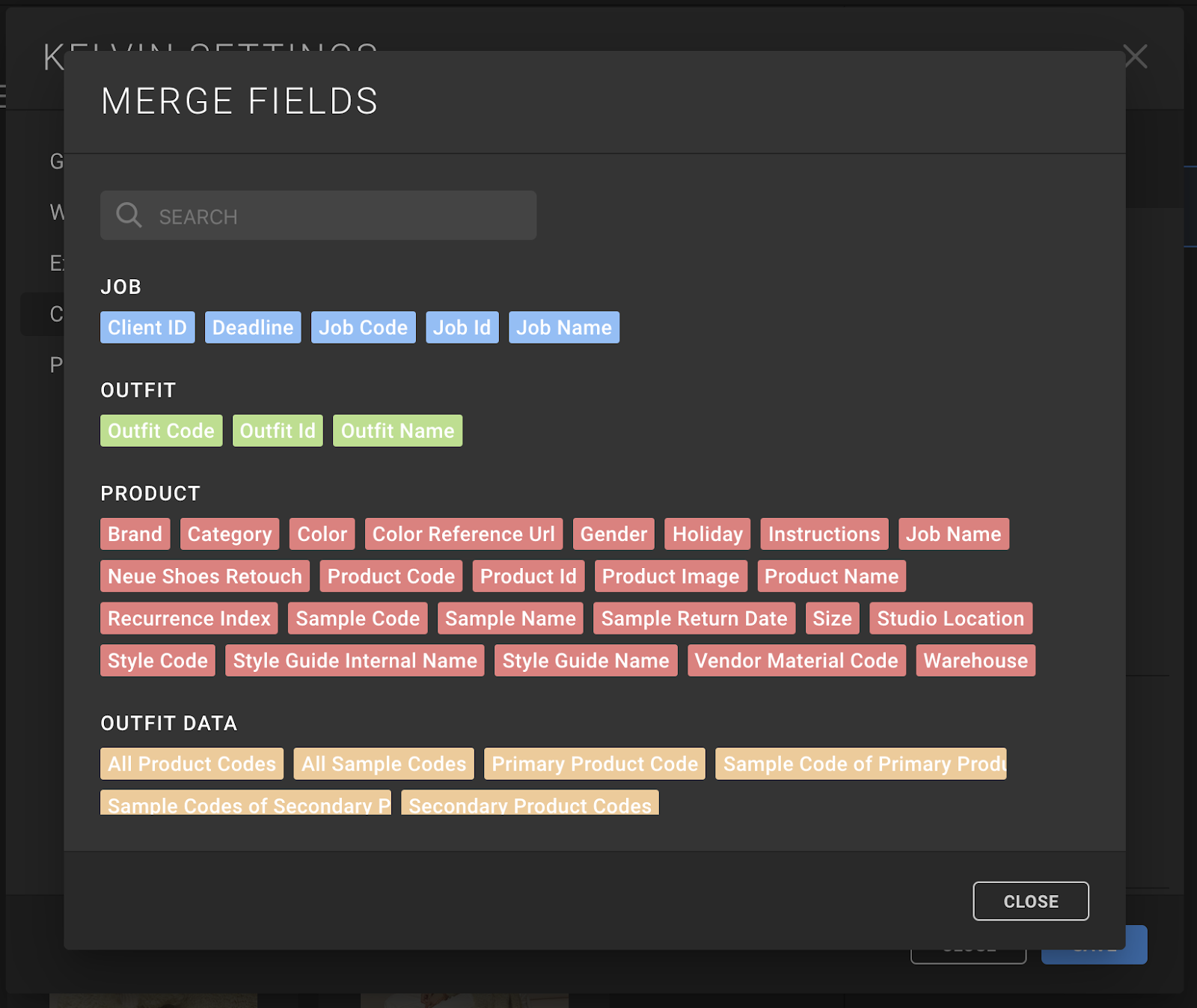 From here you’ll input your naming conventions. Tokens listed under the Format field are the same as those found under Next Capture naming in Capture One itself. It is recommended that the Name token be input as one of the tokens in the Format field as this refers to the field below (titled “Name”) and tokens for the Name field are the product properties you are able to pull from Creative Force. See below for an example. 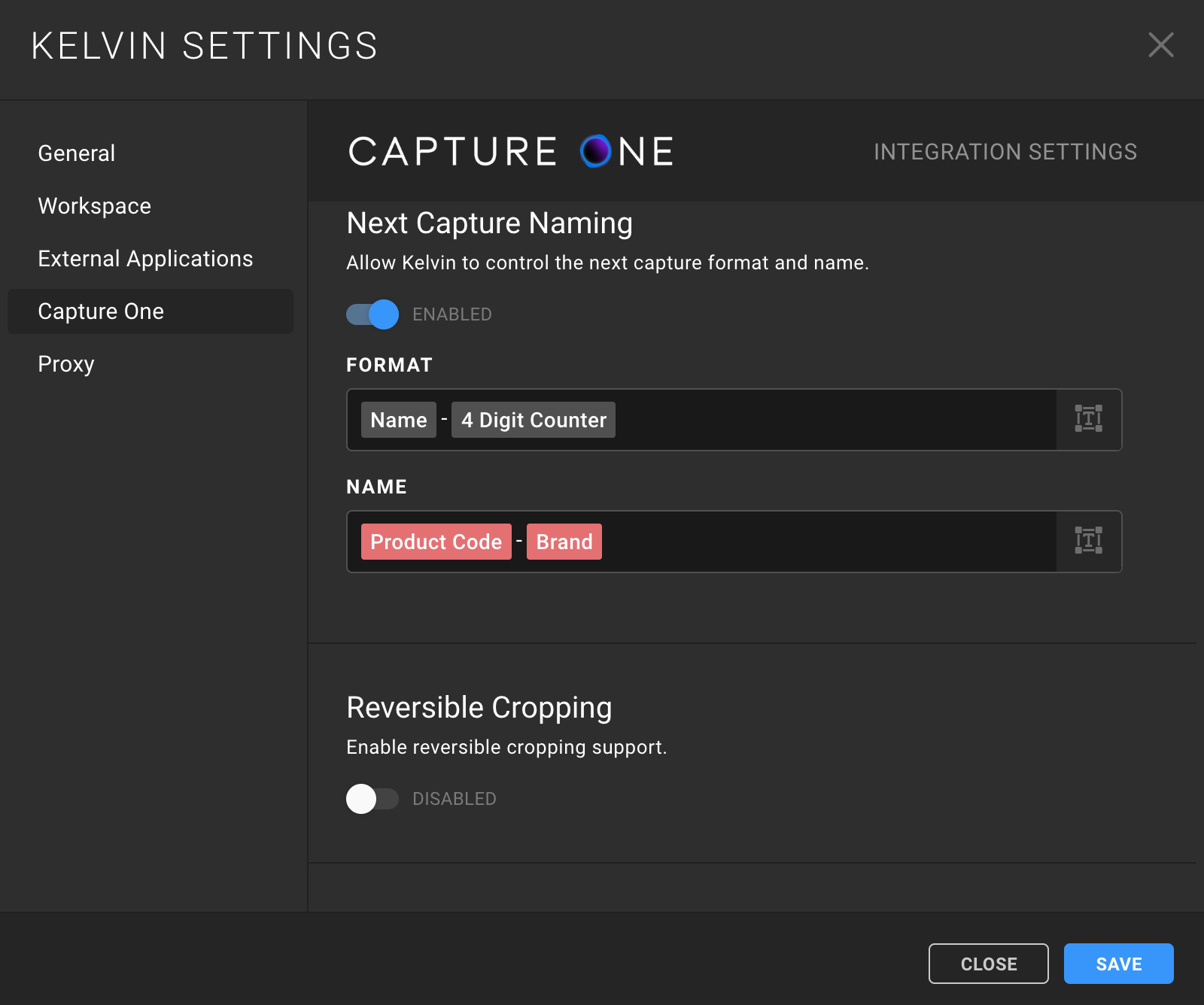 In the example above, if the brand for a product was “Neue Shoes” the output name from Capture One would be the product code from Creative Force-NeueShoes-FourDigitCounter or “NS845631-NeueShoes-0001”.

One helpful tip: Underscores and dashes can be used to separate tokens, however, Next Capture Naming does not support the use of special characters such as apostrophes, forward or backslashes, asterisks, etc.

In a case where “unknown scope” is shown under the file name, it is likely that the photographer began shooting before the product was scanned into Kelvin. Creative Force will alert you that this is taking place so that you can catch up.